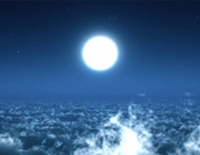 Moonlight Sonata The First Movement Moonlight Sonata The First Movement is a piano sonata by German composer and pianist Ludwig van Beethoven. Also, The Piano Sonata No. 14 in C-sharp minor &quot;Quasi una fantasia&quot;, Op. 27 , No. 2, popularly known as the Moonlight Sonata, is one of Beethovens most popular compositions for the piano which were completed in 1801 and dedicated in 1802 to his pupil, Countess Giulietta Guicciardi. The movement opens with an octave in the left hand and a triplet figuration in the right. A melody that Hector Berlioz called a &quot;lamentation&quot;, mostly by the right hand, is played against an accompanying ostinato triplet rhythm, simultaneously played by the right hand. The movement is played pianissimo or &quot;very quietly&quot;, and the loudest it gets is mezzo forte or &quot;moderately loud&quot;. The adagio sostenuto has made a powerful impression on many listeners; for instance, Berlioz said of it that it &quot;is one of those poems that human language does not know how to qualify&quot;.